Tew Below, Atse Tewodros Project, L’Aquila, July 23rd (video)
Gabriella Ghermandi, an Ethiopian-born storyteller and vocalist based in Bologna (Italy) who writes in Italian and sings in Amharic, articulates her works around the (removed) memory of the colonial experience of Italians in Ethiopia, as part of the construction of her own multifaceted identity. Her book, ‘Regina di Fiori e di Perle’ (Queen of Flowers and Pearls, 2007) encountered a remarkable success. Ghermandi then founded the Atse Tewodros Project, a band composed by both Ethiopian and Italian musicians, whose CD was released in 2013. In this song, Tew Below, she performs what she describes as “a song that Ethiopian partisans used to sing while preparing the battle against the fascist army.”

Be Kibir, Atse Tewodros Project, L’Aquila, July 23rd (video)
In July 2014, the Atse Tewodros Project toured Italy for the first time. This is an excerpt from their first concert, held in L’Aquila, on July 23rd. The gorgeous Italian city, that has been conspicuously destroyed by an earthquake in 2009, provides the perfect scenario for Ghermandi’s tales and songs. While she recalls the Italian colonization in many different ways, broken windows and yet-to-be-restored buildings suggest the presence of a past, from which the society hasn’t recovered yet. 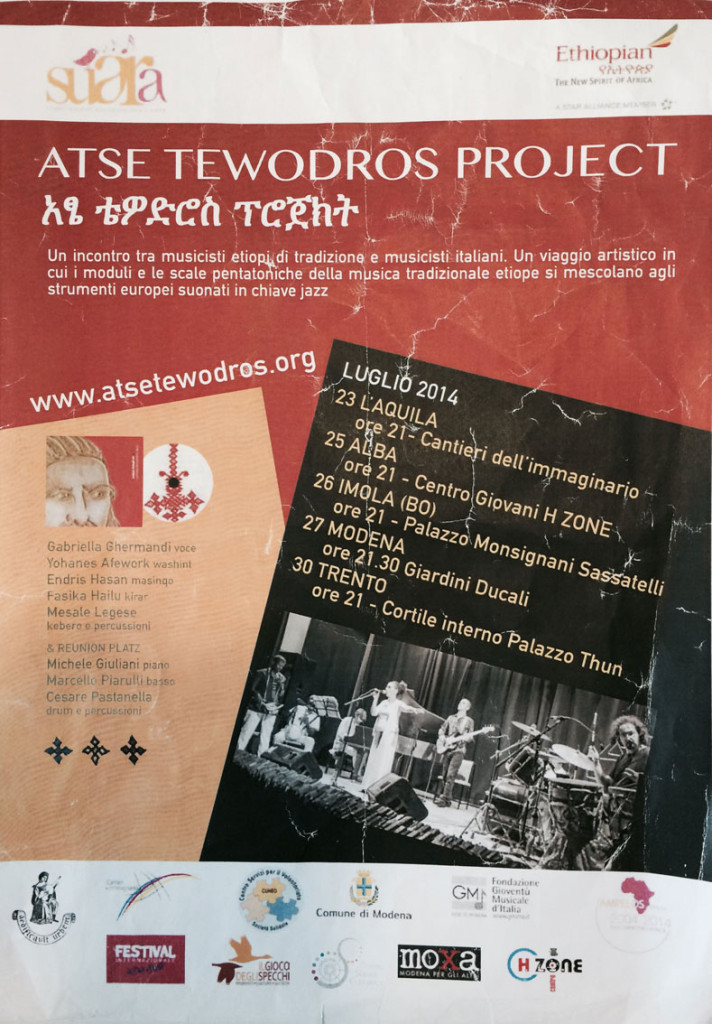